Whether you are new to the world of indirect distribution or whether you already have a solid strategy in place, Hahn Air will take your distribution to the next level. Find out how our solutions can support your business and let our partner’s success stories inspire you.

Singapore Airlines is the flag carrier of Singapore. From its base at Changi Airport (SIN) it operates an extensive network of 70 destinations in 36 countries across Asia, America, Australia, Europe, Africa and the Middle East.

Maximising our distribution reach cost effectively is important for us. While our reach is strong in our online markets, there are plenty of untapped sales opportunities in our offline markets.

We recognise the unique proposition that Hahn Air offers with its extensive international reach and strong financial standing to provide market coverage for our offline markets. After initial commercial and technical links were completed, the activation of new markets has been fast and easy, allowing us quick access to the growing offline markets.

We expect our partnership with Hahn Air to grow in the coming years. Through Hahn Air, we have gained access to new markets and a new source of incremental revenue.

A dual partner mastering the GDS world with Hahn Air

Tropic Air is the largest airline in Belize with over 30 years of experience. It is based at San Pedro Airport (SPR). The carrier serves 14 destinations in 4 countries, including Guatemala, Honduras and Mexico.

Before teaming up with Hahn Air Systems we distributed through extranet accounts and direct sales (website) as well as call centers. We had no GDS presence or tool to facilitate sales via IATA agents. The partnership with Hahn Air Systems (H1-Air) presented a great opportunity for us as we saw it as a first step into the IATA travel market while avoiding the risks that newcomers usually face.

We saw immediate interest from IATA agents and we became better known and trusted. We chose to be sold via the code H1 and were able to reach new markets even outside our region, for example in Europe. We achieved the best results in the North American market which immediately became our most important target region.

After we saw the benefits of indirect distribution via IATA travel agents, we decided that it was time to further acquaint ourselves with the GDS world. Therefore, we decided on complementing our strategy with an interline agreement with Hahn Air (HR-169) and formed our own agreements with Amadeus, Galileo, Sabre and Worldspan.

The benefits of using both products is that with HR-169, we can control prices in the GDSs with whom we have direct agreements and we can be issued on the HR-169 ticket even in markets where we are not a member of the local BSP. For those regions with limited sales potential where we don't have agreements with the major GDSs, we can still be distributed via H1.

For the future, we are planning to invest in marketing strategies that will allow us to encourage growth in our most active GDS markets. Overall, distributing via GDSs is much more cost efficient than our traditional direct channels and we were able to reduce our cost of sales significantly. 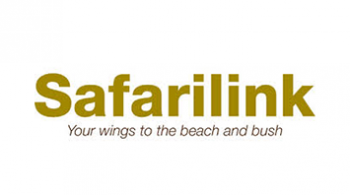 Safarilink’s network of services was initially aimed at the typical tourist going on a safari in Kenya, so our schedules were to destinations such as all the major game parks, reserves and private conservancies in Kenya. Our distribution heavily depended on tour operators who handle the bulk of this market.

As our network expanded to include flights serving domestic residents and business travellers, we needed to extend our distribution to travel agents who are used to booking in the GDS. However, for a small carrier like us, the costs of joining the GDSs were prohibitive. We decided to partner with Hahn Air and use their product H1-Air. The benefits were felt almost immediately, as sales increased – mostly from the travel agencies. Although some of them had direct access to our online systems, they still preferred booking through the GDSs using H1.

Over the next year, we will expand our network to domestic and regional markets and will add more of our ‘safari’ routes into Hahn Air Systems’ ticketing database.

FlySafair is a low-cost airline based at Oliver Reginald Tambo International Airport (JNB) in Johannesburg, South Africa. The airline is part of the specialised aviation services company, Safair Operations.

What was your distribution situation before you partnered with Hahn Air?

When we first started our airline operations we focused on our direct distribution channels and those channels that would give us access to the retail leisure market in South Africa. We realised though, that we were not able to properly engage the trade, or international consumers, without a GDS connection which is why we began to explore strategies to approach this channel. Hahn Air Systems’ H1-Air product was a great way for us to be able to gain access to the full spectrum of global markets with relatively low cost of implementation. At the same time, it was a solution that was scalable and did not come with a need to establish a broad internal infrastructure to manage the day-to-day aspects of the GDS channel.

What are the benefits of the partnerships? What results did you notice?

Hahn Air Systems has been very helpful in navigating some of the complexities of the GDS landscape and the integrations from their side were very professionally handled. Another aspect was the communicating to the travel agents regarding the availability of our tickets and Hahn Air has been very supportive here as well. A target group that was very important for us and that we were able to reach with H1-Air, for example, were corporate travelers via the local travel trade.

Why did you decide to complement your strategy with an Interline Agreement with Hahn Air?

Our intention with H1-Air was to gain quick access to the global market and to capitalise on inbound tourists and the various global OTA platforms that did not make economic sense in doing direct integrations with. The only limitation to this particular solution is the fact that with this diverse and broad distribution capability comes a mark-up which is a little harder to justify in our home market. Therefore, we decided to establish our own integrations with the two dominant GDS players in our home market whereby we could market under our own IATA code. With an interline agreement with Hahn Air we were able to outsource the administration related to ticketing. This allows us to offer a more competitive product to the local market, while still managing to keep our costs contained thanks to ticketing on Hahn Air’s HR-169 ticket.

What are the advantages of using both Hahn Air products?

The benefit of the H1-Air product is without a doubt the scale that it offers. This solution literally puts us onto the virtual shop shelves all over the world. The HR-169 interline agreement helps us to access our local market with a more competitively priced product. Collectively the two give us the advantages of both, great global reach, and a well-priced local offer. 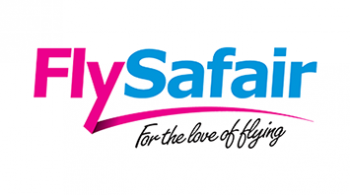